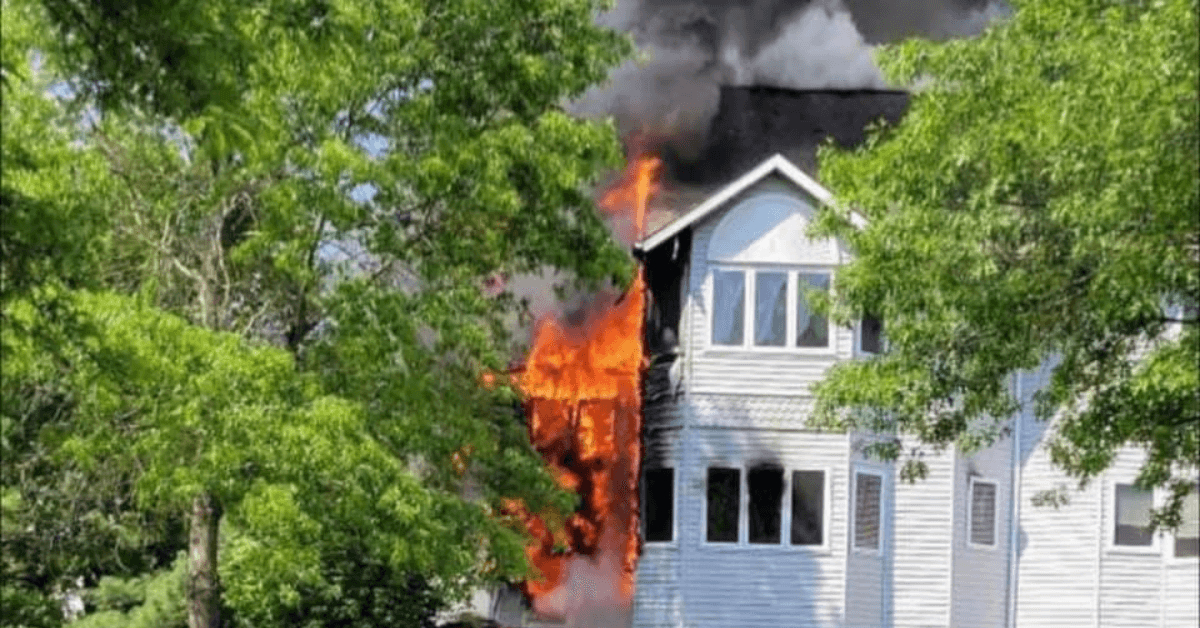 Jillian Messina, TRPD Media Specialist, said that on Thursday, May 20, 2021 at approximately 10:20 AM multiple police and fire units responded to Orchid Court in Toms River for a reported structure fire. Upon arrival the unit was fully involved. Two occupants, who were home at the time of the blaze, were able to safely exit the home and call 911. Police evacuated nearby residences as a precaution. There were no tenant injuries in the incident. Two family dogs, and a cat, did perish in the fire. Toms River Animal Control was able to rescue a cat from the scene in an adjoining home.

Toms River Fire Companies quickly brought the fire under control and were able to save the adjoining homes in the complex. The American Red Cross responded to the scene and provided support for the displaced family. The cause of the fire is under investigation, but not deemed suspicious at this time. It is under investigation by Toms River Fire Inspector Charles Bauer. Please direct further inquiries to the Toms River Bureau of Fire Prevention.

The high school softball season is right around the corner in many
LACEY, NJ — While land use and development has been the subject
NORTVALE, NJ, US, January 31, 2023 /EINPresswire.com/ — The Italian American One Voice
Toms River, New Jersey — An employment consultant has left a five-star
TOMS RIVER – Police, animal control and a hazardous material team removed
Go to Top